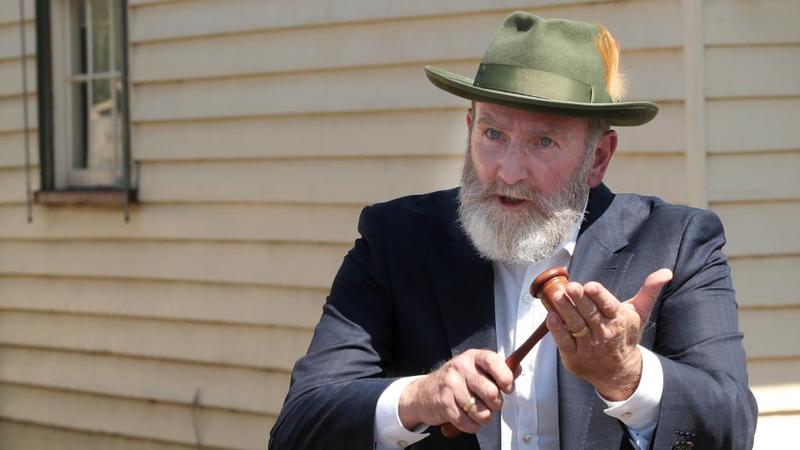 What makes auctions so memorable? Is it the item up for auction, the crowd, or perhaps the auctioneer? If you’ve ever been to an auction you know what I’m talking about. The event tends to linger in your memory for some time. Auctioneer and Licensed Estate Agent, Graeme Taylor, has been an auctioneer and certified appraiser for over 30 years now. From humble beginnings to the seasoned auctioneer he is today, Graeme fondly remembers the first ever auction he conducted. And no- it had nothing to do with real estate!

The year was 1983 and the location was a modest tin shed in far North Queensland, a pub known as the Lion’s Den. Hungry and thirsty and with only $20 between them, Graeme came up with a plan to auction off a mates sleeping bag and the locals loved it!  Onlookers had gathered round to watch Graeme as his auction got underway.

“I conducted my first public auction in this pub”, Graeme said.  “I ended up with an audience of about 10 people - most were barflies and vagabond, but I got a sale and the proceeds went towards a glass flagon of wine and a loaf of bread!”

“The auction provided us a meal and drink for the day”.

Fast forward to 1985 and to the exotic location of Rabat, Morocco, and the entrepreneur instinct of Graeme has landed himself front and centre of a public auction which had the locals reaching fever pitch and the police asking questions.  It seems the auction caused quite a stir among bidders.

“I auctioned off a hundred plus items of western clothing at the Mardena”, he said.

“A huge crowd assembled and bidding went into fever pitch. The police eventually arrived and we were sent to the cop shop to explain....” said Graeme.