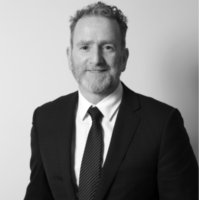 In October 1988 we started our family business, Wray Taylor Real Estate. Our first office was in one of the thirteen newly built shops under the iconic Pakington Street clock tower.

Pakington Street, Newtown was a very different place thirty years ago. Our office was the first in the new complex, with the two other businesses joining us some months later. Silvio from Silvio’s Newtown Pizza was one of these other businesses who joined us. Silvio was by our side for ten years until we both moved to our current locations within eye sight on the same strip.

The Pakington Street strip was almost entirely old period homes in various states of condition. Dickers Supermarket (now Randall’s) was the first of its supermarket chain in Australia and was the last they closed. I remember standing amongst the crowd on its auction day and was amazed to see the selling figure of something to the tune of $90,000.

My father, Wray Taylor, encouraged developers to build shops in replacement of the old homes along Pakington Street as they became available for sale. The street was divided into two sections until the recent development on the corner of Mervyn Street and Pakington Street was completed not too long ago. It took me several years to acquire the last key stone houses on behalf of the developer for that project. This development married the entire Pakington Street shopping strip and is now one of the most iconic areas of Newtown and Geelong.